- 50% of our active users log on to Facebook in just about any given day
- Average user has 130 friends
- People spend over 700 billion minutes monthly on Facebook
- There are over 900 million objects that folks connect to (pages, groups, events and community pages)
- Average user is connected to 80 community pages, groups and events
- Average user creates 90 bits of content each month
- More than 30 billion bits of content (web links, news stories, blog posts, notes, photo albums, etc.) shared each month 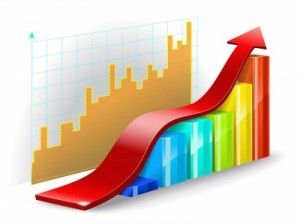 - Significantly more than 70 translations on the site
- About 70% of Facebook users are beyond your United States
- Over 300,000 users helped translate your website through the translations application
- Entrepreneurs and developers from significantly more than 190 countries build with Facebook Platform
- People on Facebook install 20 million applications every day
- Each month, significantly more than 250 million people engage with Facebook on external websites
- Since social plugins launched in April 2010, on average 10,000 new websites integrate with Facebook every day
- Significantly more than 2.5 million websites have integrated with Facebook, including over 80 of com Score's U.S. Top 100 websites and over half of com Score's Global Top 100 websites
- There are many than 250 million active users currently accessing Facebook through their mobile devices
- Individuals who use Facebook on the mobile phones is two times as active on Facebook than non-mobile users
- There are many than 200 mobile operators in 60 countries working to deploy and promote Facebook mobile products

Hardly any people realize the powerful value of Facebook as an effective way to market to literally countless people. Many people use Facebook to connect with friends and family. The most successful internet marketers out there are using the immense power of Facebook to build their business.