If we really desire to rebalance trade with China there are few things we have to do only at home as well. First we have to look at our rules and regulations on our businesses and corporations and decide those that of we really don't need. Then we should remove those rules regulations, streamline the bureaucratic process, and deregulate where in actuality the regulation either is not or cannot be enforced, or where it really makes no sense any longer as a result of evolution of that one industry. 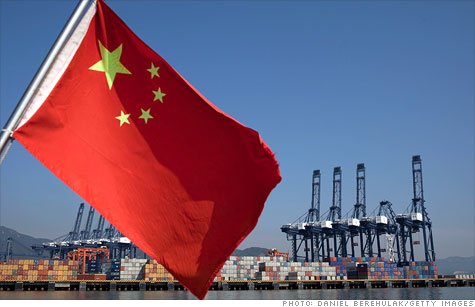 Next, we have to ensure that each and every regulation we enforce on American businesses here is done also in China. Those products entering our country which are minus the safety regulations, quality control, or rules of the trail shouldn't be allowed to be imported. Another option could be to work the real cost to each Corporation in the United States which follows those rules, and impose an import tax of the amount. That's the only method to have a balanced and level playing field for free market trade between our two countries.

Indeed, I believe at that time that the labor rates will ultimately work themselves out, and that the employees that work in the factories in China will ultimately demand a higher standard of living and quality of life for the extended hours they put in. If China's currency is allowed to float, and if they could get their inflation under control without crashing their economy, and if we implement these things I've discussed, you will have balanced trade. The monetary outflows will flow around in a group with China and the United States and everyone will win.

For reasons uknown, we got from a win-win trading situation, and we ended up with a lose win trading situation when it comes to China. That is unacceptable, and I hate to use this word but it is also; unsustainable. Further, we used it the Chinese way, but it's not working as we have had poisonous pet food, tooth paste, and lead paint on toys, along with various industry sectors dumping their products onto US markets since they are being sold at a discounted than it costs to make them. And then there are the chemicals in the drywall, and various other serious issues; and guess what happens?

We only have one FDA office in China, that's right in all of China and countless cargo containers coming to the United States with just one at FDA office to complete inspections. We cannot continue steadily to over regulate our corporations and businesses into oblivion, and then permit the Chinese that are not following the exact same regulations to import their products here. That's not fair the American people, and our government's job is to protect the American people, but obviously that's not happening, and it's unacceptable unfortunately.

If we are likely to rebalance التجارة في الصين, and get it done right, they're what exactly we have to do. But apparently no-one wishes to fairly share it because there are a lot of American corporations now producing in China, and they similar to the thought of very few regulations inside their manufacturing process. Who wouldn't, and maybe it's our fault for over regulating our corporations here, and forcing them to go there.

Indeed, they're all issues we want to consider, and get serious with, but no-one seems to complete that. The Obama Administration said that they'd reduce regulations that have been unnecessary, but I've yet to see any meaningful regulations they've actually reduced, all I see is more regulations, not fewer. Indeed I hope you will please contemplate all this.