We just returned from a week's stay at the Thaison Palace Hotel and could not need had a much better experience. We'd a nearly-midnight flight to Hanoi and we were met by the hotel van who transported us easily to the hotel. We got checked in quickly and made our way to the rooms.

There were five folks who split two rooms--a twin and a triple. The triple room facing the road was large and comfortable with generous proportions. The twin bedroom in a corner was smaller, without window, however it perfectly suited the men who wanted peace and quiet. (The front rooms are challenged by traffic, but that is to be expected in ninh binh tour Hanoi where motorcycles and honking abound; you just have to become accustomed to it.) The following morning, we experienced a satisfying breakfast and menu selections varied each day. Always available were omelets, scrambled eggs, and many different egg dishes. The restaurant was never crowded and breakfast was available from 6:30 to 10. 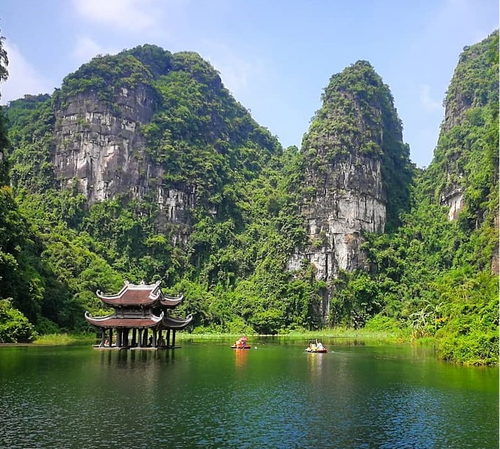 One of the finest assets is their staff. Louise put up all of our tours and they went flawlessly. For example, a taxi picked us up at our hotel for the visit to Sapa, someone met us at the station to buy the tickets, we were escorted to the train, met at the other end with a driver with this name on an indication, and upon returning at 6 am two days later, we were met by the same taxi driver to choose us up. No stress at all.

The sole disappointment wasn't being able to sleep on the Lotus Queen because of "storm ".The us government decreed that nobody could be out and so although we thought it ridiculous, there clearly was no option except to take the tour's offer of rooms at a local resort. Louise arranged for a partial refund to compensate for not being able to remain on the boat.

Every single person we encountered on the staff was friendly and accommodating. We loved the food. The positioning was great; three blocks from the lake, within easy walking distance of everything. The Thaison Palace Hotel was always able to switch our money for rates better compared to the bank. They arranged private tours which ended up being much better than larger group tours. Among their staff acted as helpful information and was capable and enthusiastic.